Fish are a recent topic for my whittling so here is a school of fish.

So far I have used smaller scraps of timber to whittle my small fish. Oddly, I have found them to be rather more involved than they seem, with access around the fins (acting as ‘legs’) requiring careful blade work with the pocketknife . The initial idea came from a rather off trout-like fish made of rubber, that was attached to a hair band that I found on the roadside one day.

Like with other whittling, I favour easy to work timber, though at times this can cause problems due to a lack of strength of the wood. 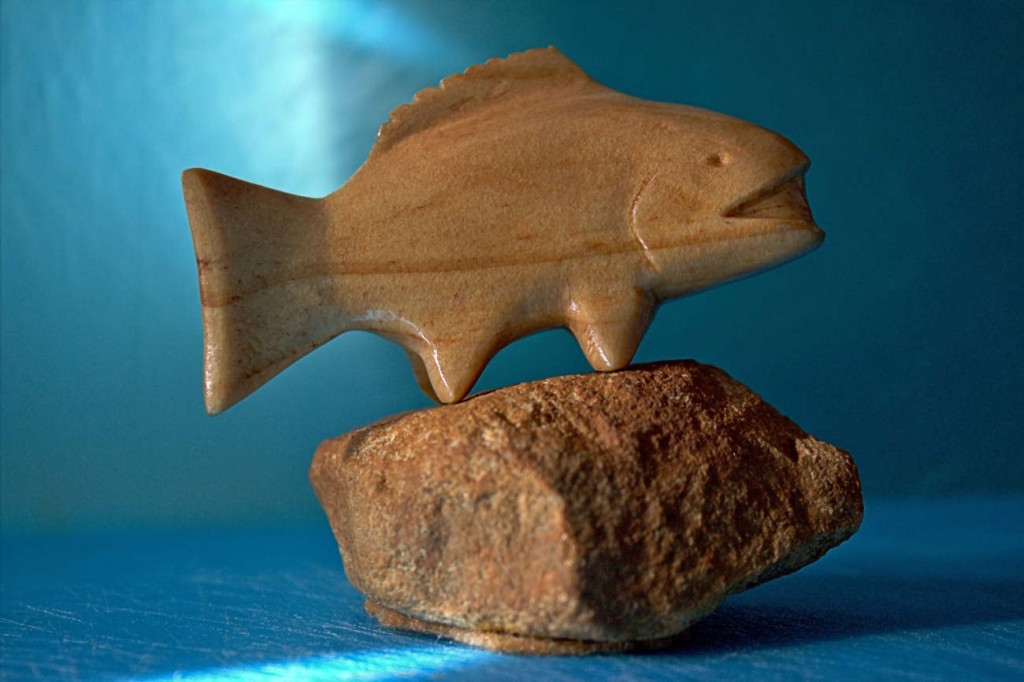 This little fish is only 8cm long. Whittled from Pinus Radiata, the most common type of pine used in building frames and just about every other softwood use including even in ‘country style’ furniture. Mounting on the stone provided a useful way to display this in a meaningful way. 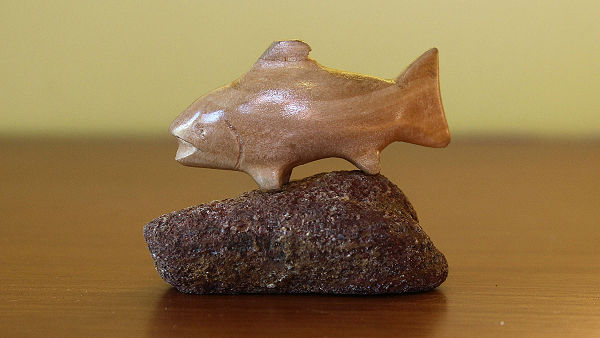 Woolly Pine from southern Queensland transformed into a hungry fish.

The final in this style of fish…timber is willow

Posted in Whittling (Incl For Sale) and tagged fish, whittling.